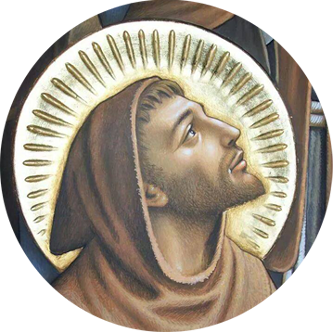 We are Capuchin franciscans who observe the Holy Gospel of Our Lord Jesus Christ in following the spirit of Saint Francis of Assisi. 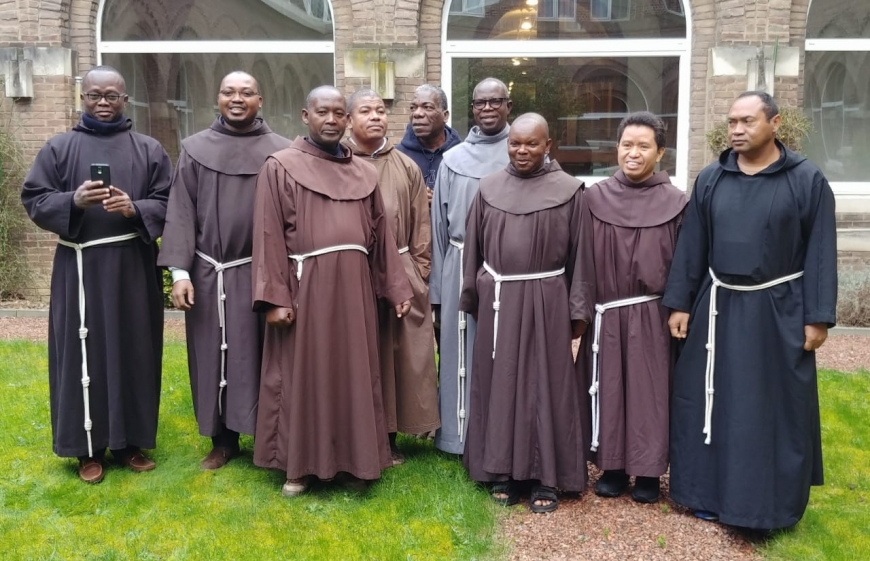 Since 2005, the Friars Minor, Conventuals and Capuchins have together been offering a formation course for missionary friars at the Friary of Our Lady of the Nations in Brussels, Belgium. The course is organized in sessions lasting nearly three months, which are held twice a year: the first session in French — from the beginning of March to the end of May; and the second in English — from early September to late November. Each Order is obliged to send four friars to each session. These attendees must already be missionaries or about to be leaving for the missions. At times, the French session had to be suspended due to lack of attendees.

This year, we managed to enroll enough friars to conduct the program in French. Since the Conventual friars had no candidates to offer, the Friars Minor came through with two additional friars. Therefore, the latest group is made up of ten attendees: six Friars Minor and four Capuchins. One of the candidates couldn’t get to Brussels because the day before his departure, his region in Italy was blocked for health checks. So he’s participating in the course via the web, with hopes of joining the group at some future point.

In the first week of these sessions, the secretaries-general typically address the group to share their impressions regarding missionary formation. Br. Mariosvaldo Florentino, General Secretary for the Capuchin Missions, at this time presented on the theme: “Missionary Questions”.

Given the health situation, which is becoming more and more serious each day, we do not know if it will be possible to complete the entire agenda for the current session, such as the visit to Paris, to the “Missionszentrale der Franziskaner” in Germany and the pilgrimage to Assisi in the final week. We don’t even know if the facilitators for the courses will be able to get to Brussels, and therefore some training will probably be held via the web. In any case, we pray to God that this experience of missionary formation may bear fruit for our brothers.

Currently, we are beginning to determine the possible Capuchin candidates for the upcoming English course, which, God willing, will begin in September. Friars who are already active in the missions or who are on the verge of departing may participate.  Anyone who’d like more detailed information can contact to our Secretary General for the Missions, Br. Mariosvaldo (mission@ofmcap.org).